Singer took an education abroad scouting trip to South Korea for UT in 2019, and proceeded to create and successfully recruit students for a 2020 UT faculty-led design travel course to Seoul, South Korea (travel canceled due to COVID-19, taught online). In 2018, Singer attended the CIEE annual conference in Barcelona to learn about creating and leading study abroad programs. 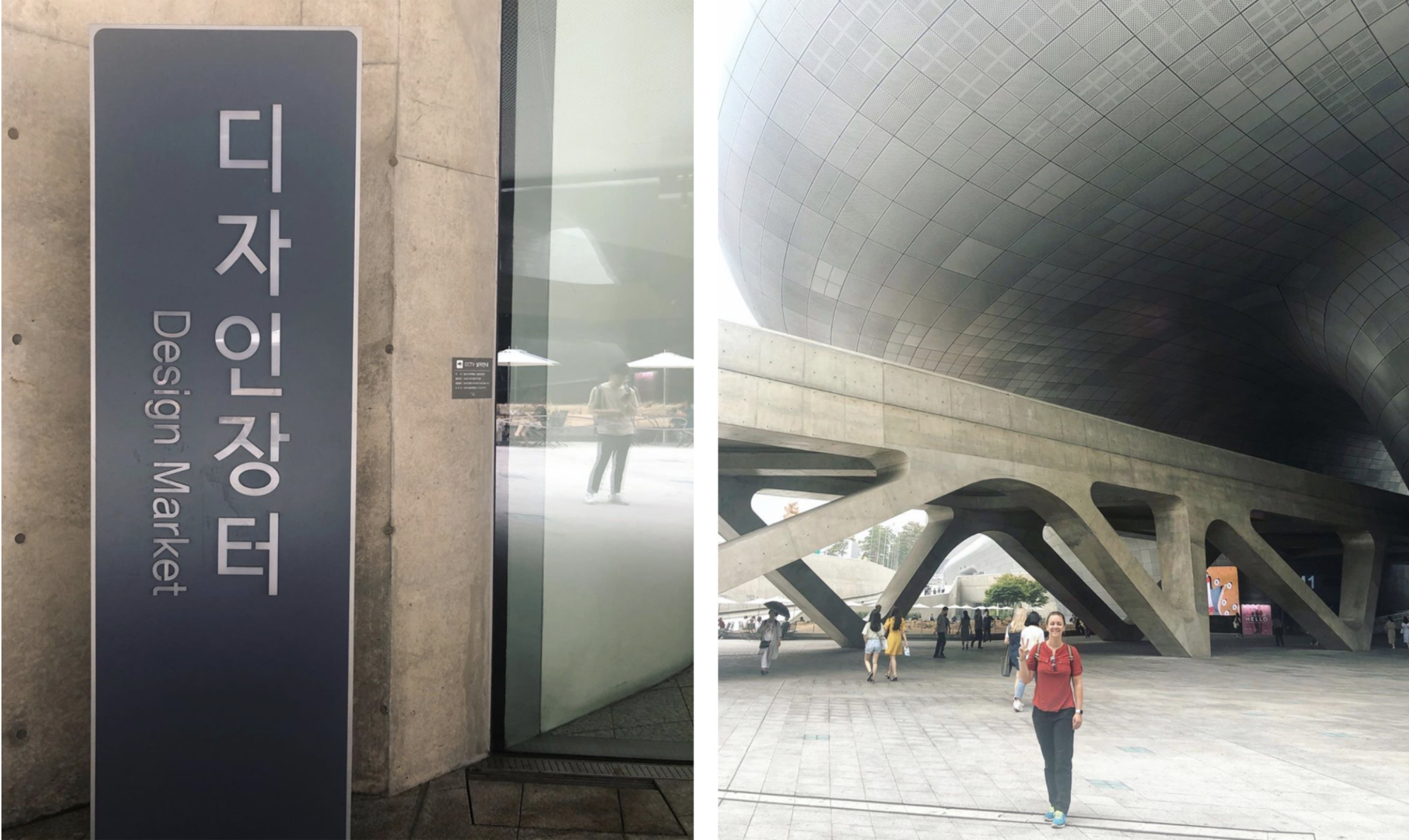 Singer also assisted with an art/design UT travel course to NYC in Spring 2019, for which she organized and led tours at several design firms scattered around NYC and arranged for students to participate in a workshop with Ellen Lupton at the Cooper Hewitt Smithsonian Design Museum.

Christina has organized art and design events for UT with guest speakers such as Gregory Siff and Bryony Gomez-Palacio. She has also helped lead convocation and open house events, and designed promotional posters on occasion. 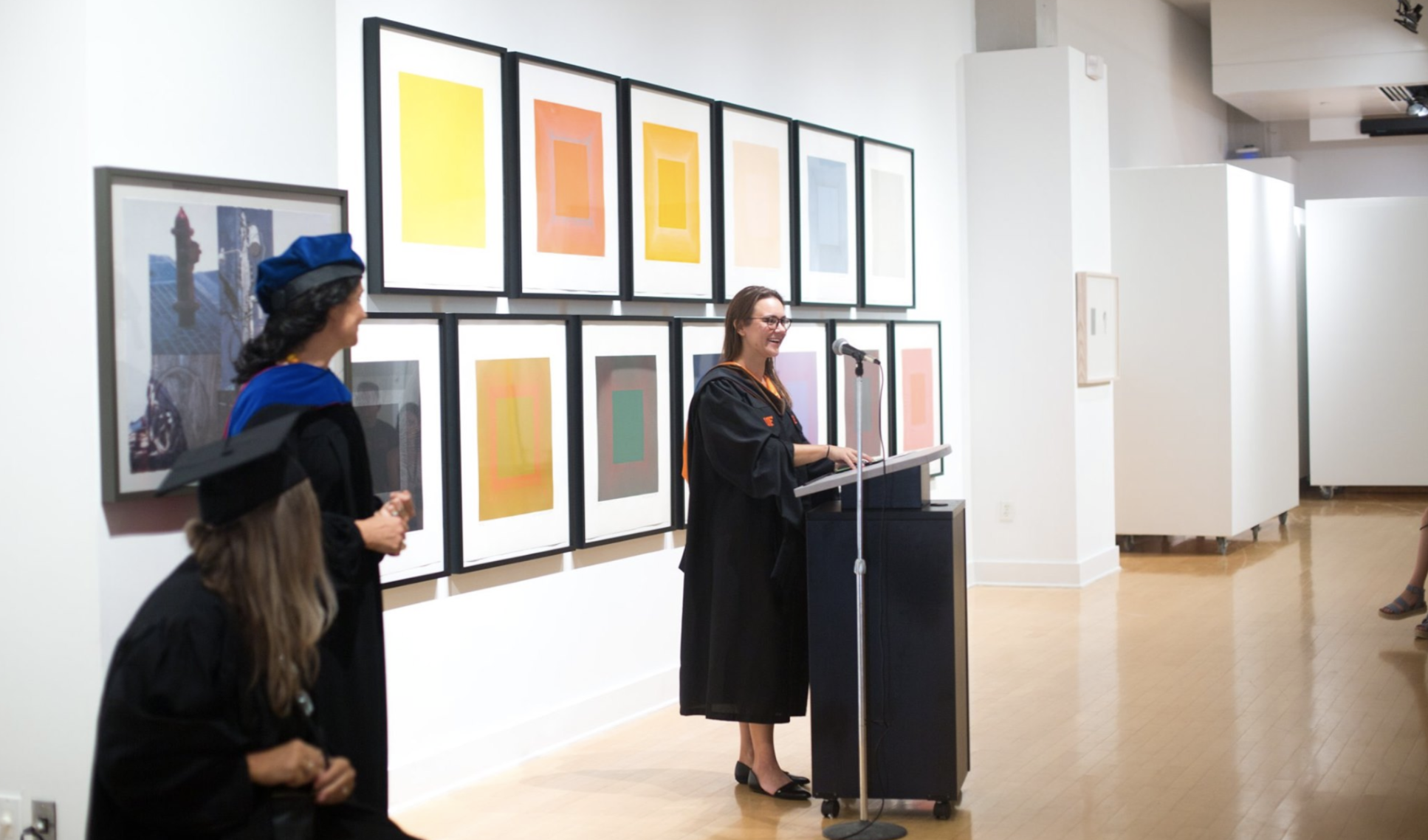 Other Experiences with Graphic Design in Higher Education

Singer presented a design guest lecture to a group of international business and entrepreneurship students at the 2019 Sungkyunkwan University summer intersession in Seoul, South Korea. The lecture included a design thinking workshop with a topic of “identifying problems with the modern dating experience” that focused on conducting depth interviews to generate empathy and define problems. 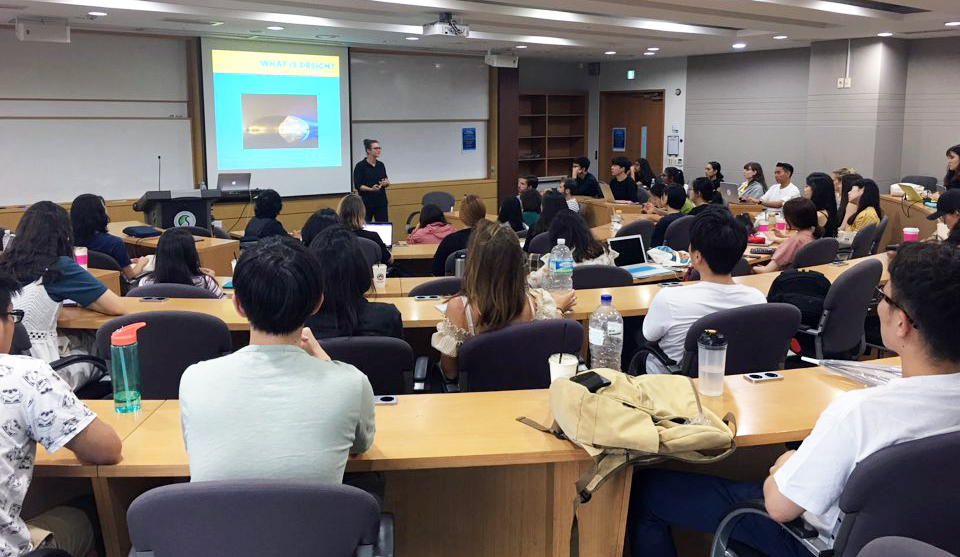 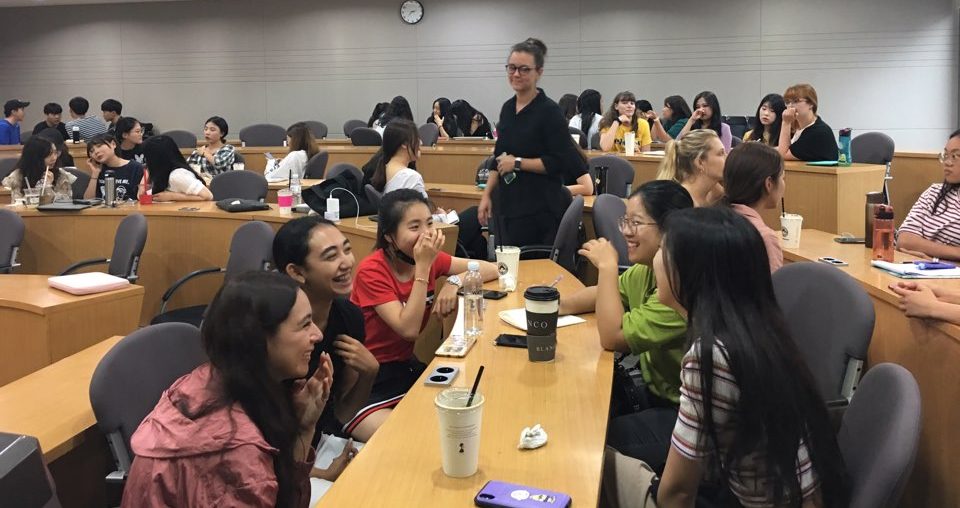 Singer served a semester as an Adjunct Assistant Professor of Typography online at the University of Florida. During graduate school, she guest lectured in Visual Methods, Typography 1, and Typography 2 at the University of Florida. She was also part of the group that selected modular furniture from Herman Miller to furnish UF’s Mint Design Studio space in Infinity Hall. During that time, she worked with fellow graduate students, Daniel Leonardos and Jiaming Li, to rebrand Mint and define the studio’s mission and learning outcomes for future students. She participated in the UF graphic design club VoxGraphis as a mentor and attended the club’s design studio tour trips to Atlanta, Chattanooga, Charlotte, and Tampa. 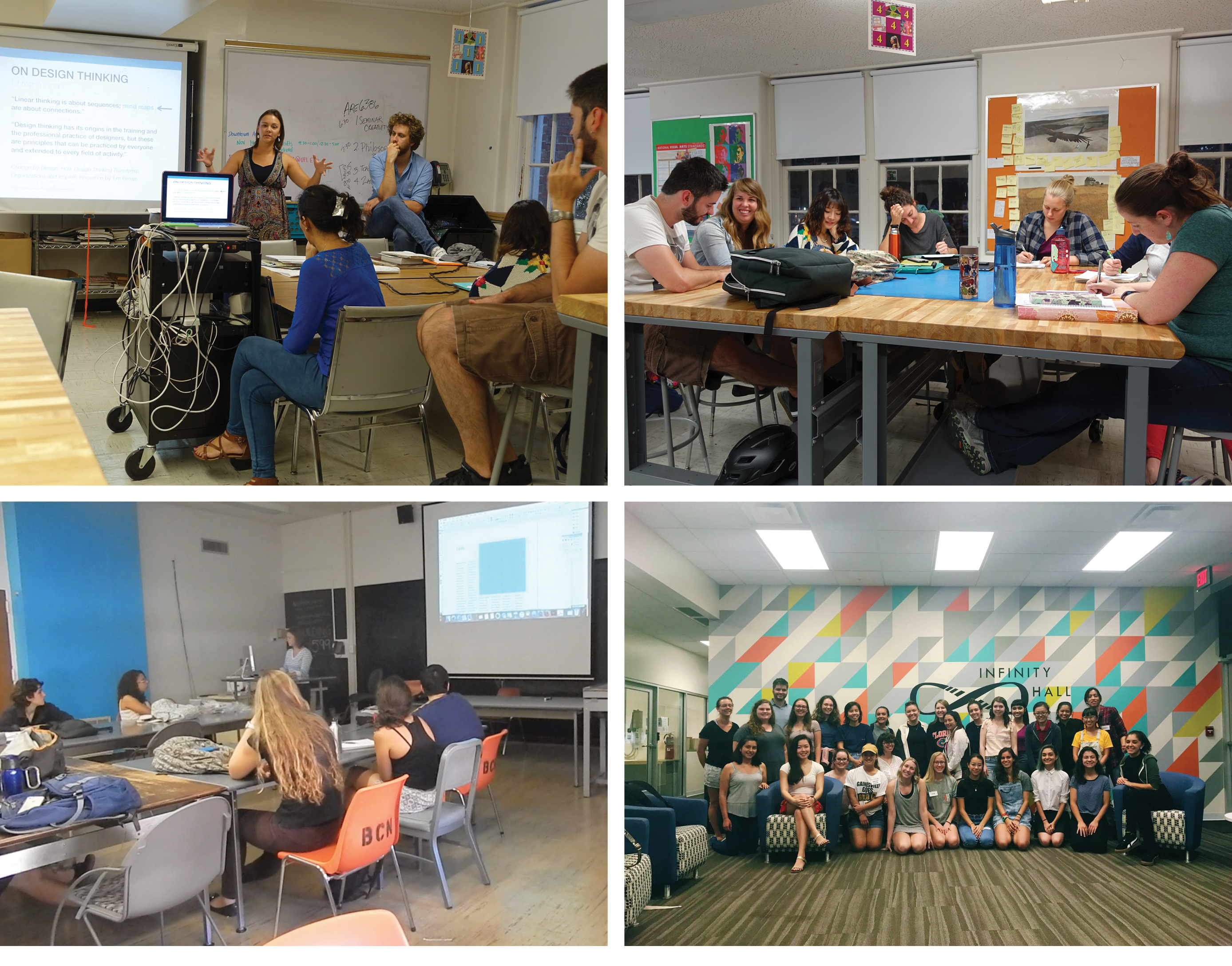 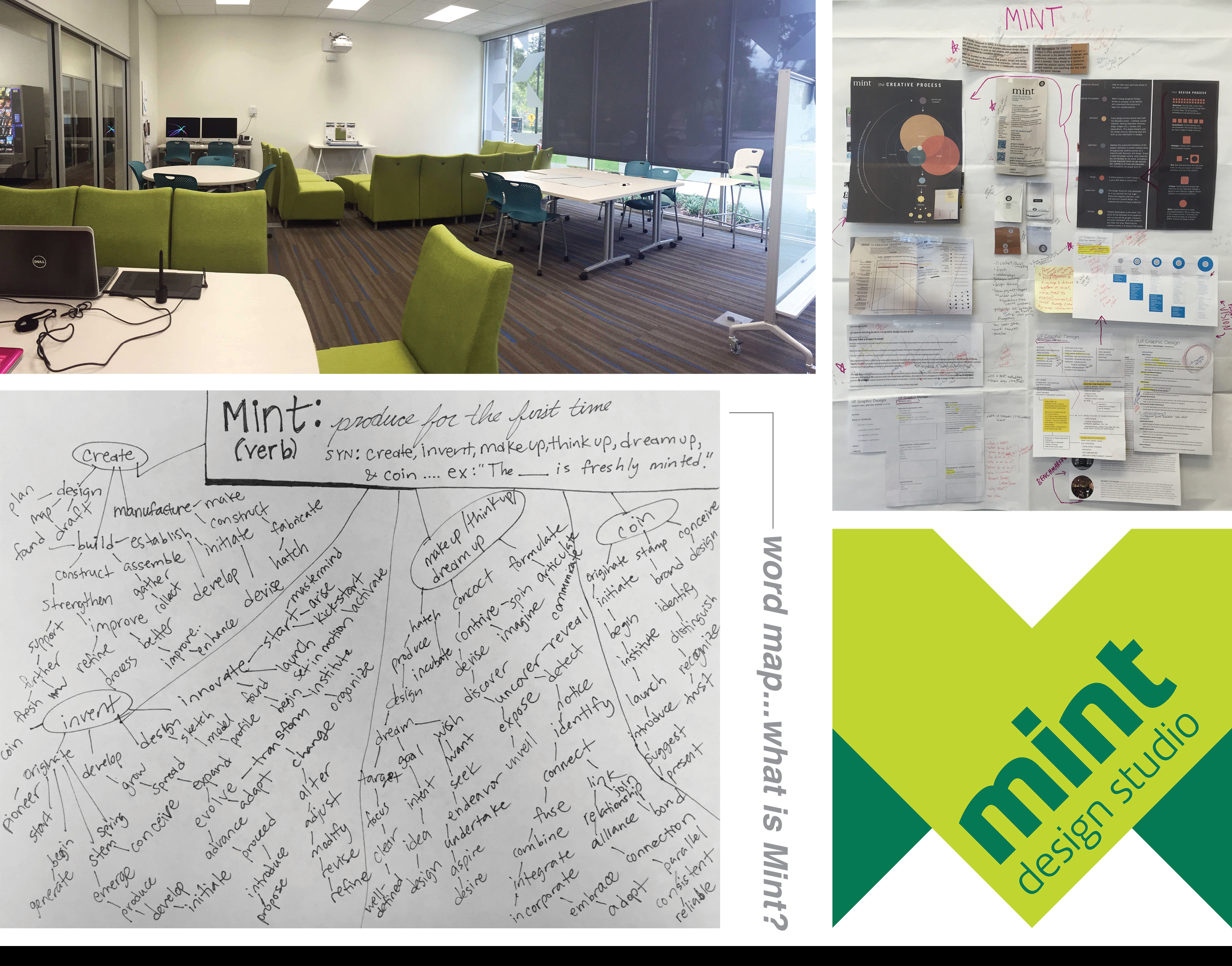 Singer led workshops on multiple occasions for students at UF. Here are some images and files from a workshop:

The goal of this workshop was to equip students with a foundational knowledge of typesetting within a grid-based layout and to provide an introduction to some functions of InDesign. The workshop consisted of benchmarking magazine brands, a software demonstration, a rapid prototyping design exercise, printing, and a mini-critique.

From August 2014–August 2015, Singer taught English as a Foreign Language at Changjin Elementary School in Sasang-gu, Busan, South Korea through the Korean government program EPIK (English Program in Korea). She was the only foreign teacher at the medium-sized public school. Singer taught grades 3–6 with Korean co-teachers for classes during normal school hours, and she taught her own after-school classes with small groups of 4–10 students. She was responsible for planning/directing summer and winter break English camps. 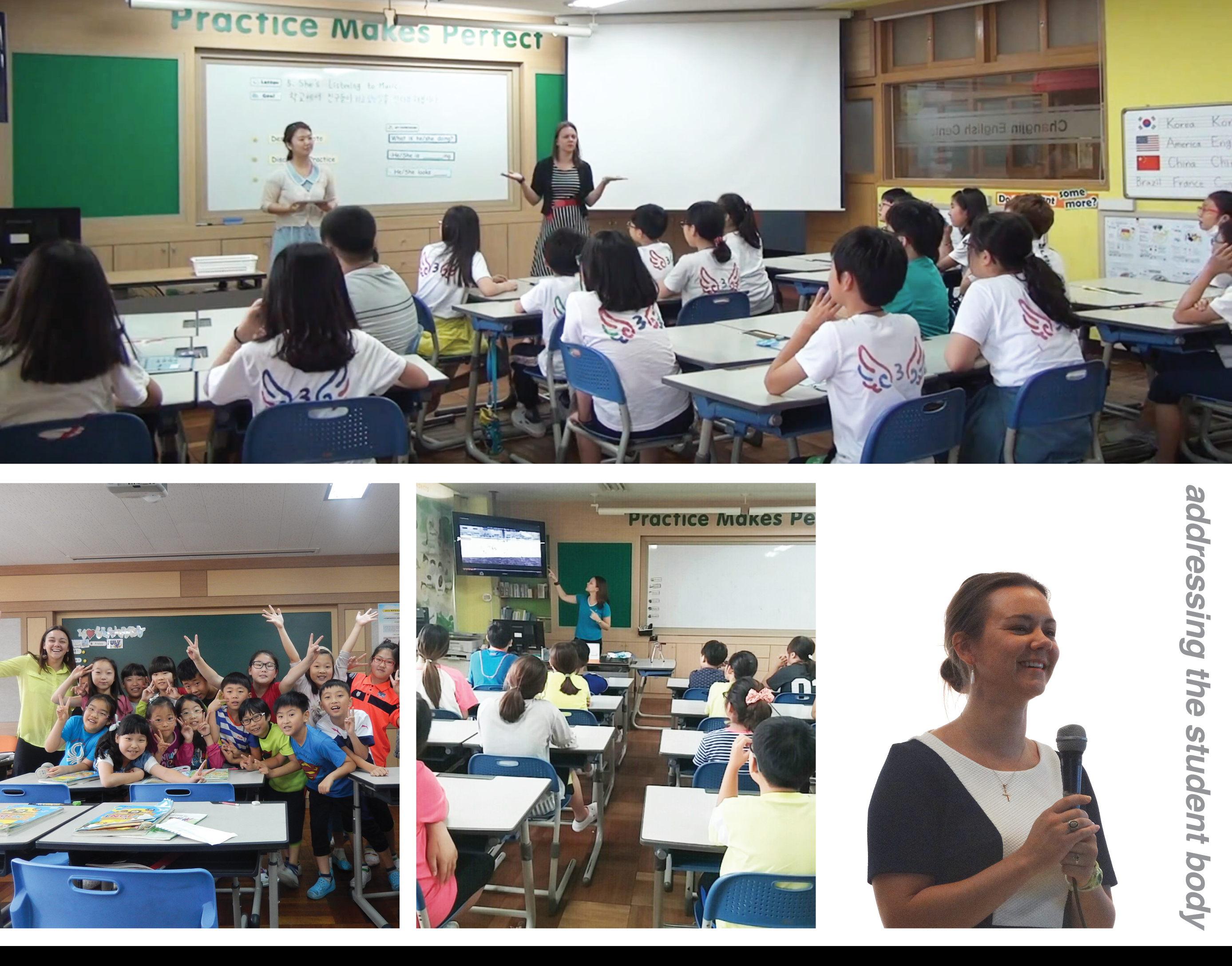 This design thinking exercise involved group problem-solving by a process of sketching and rapid prototyping. Each group had a kit of materials that they could choose to use or disregard. There was only one egg for each group; so, although the students could speculate how their device would protect the egg based off their test flights, the final launch from the 5th floor was the true test. Afterwards, they examined design elements that caused devices to fail or succeed. View the exercise description from Jump Start. 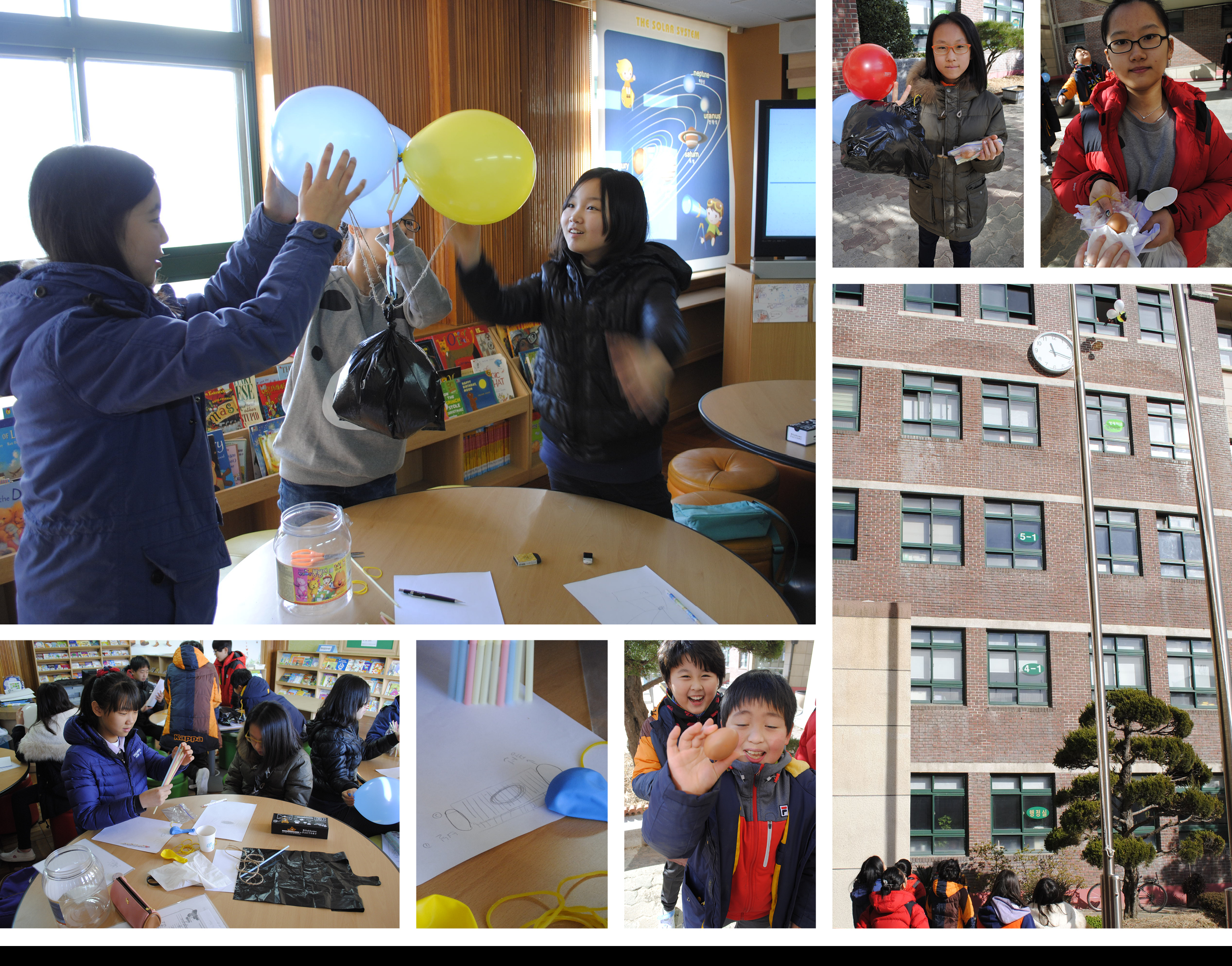 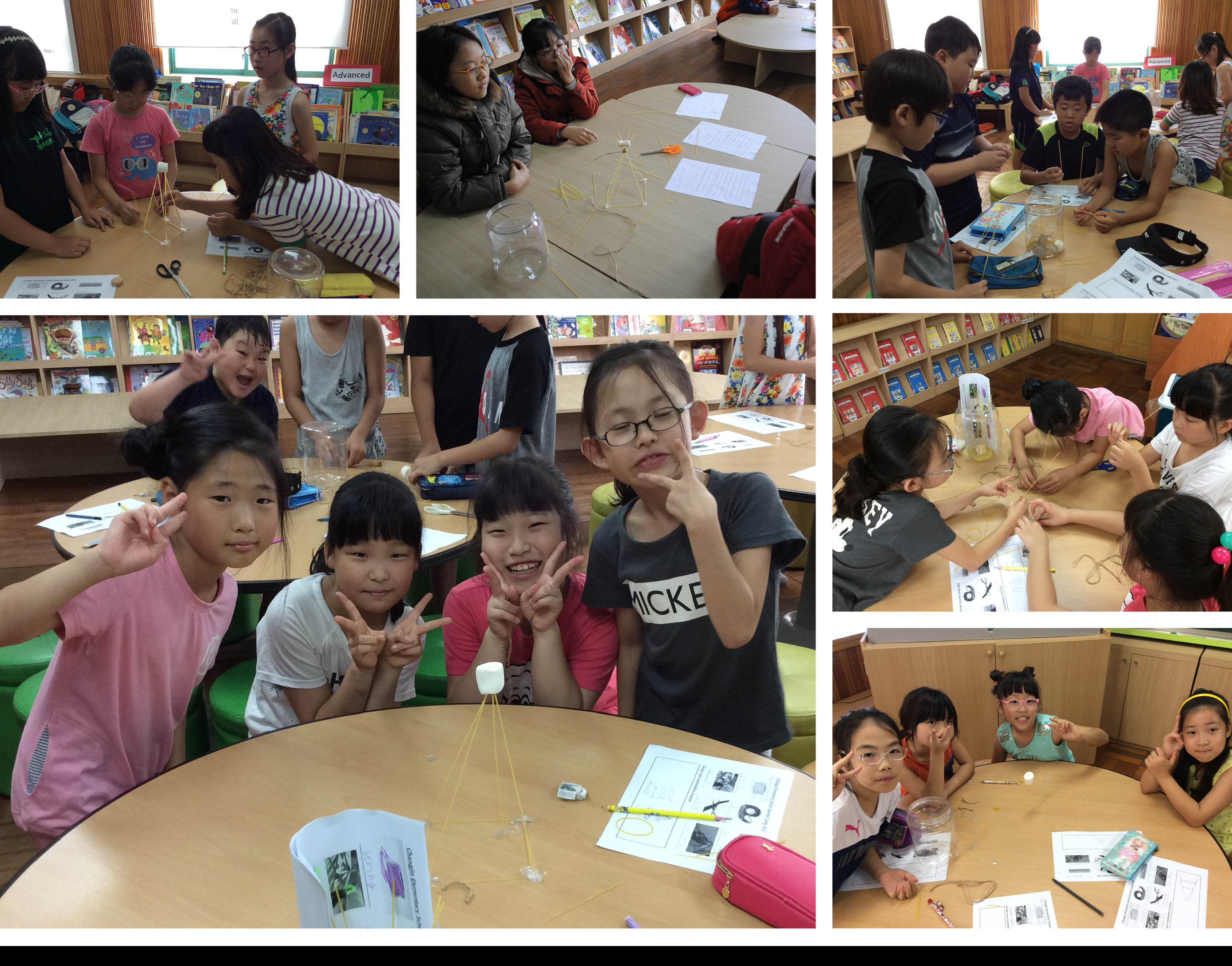 Similar to the design thinking processes used in the Egg Drop Challenge and the Spaghetti Marshmallow Challenge, the Catapult Challenge encouraged groups to iterate their designs by rapid prototyping.

This activity had multiple rounds of competition to encourage iterative design. Groups had a fixed amount of time to sketch and build their catapults and ammunition with the materials in their kits. Then, groups met in the hallway to test their devices and measure the travel distance of their launched ammunition. Students noted how they could improve their designs and came to the next round of the competition with their altered prototypes. This process repeated three times, and the final group scores were cumulative. 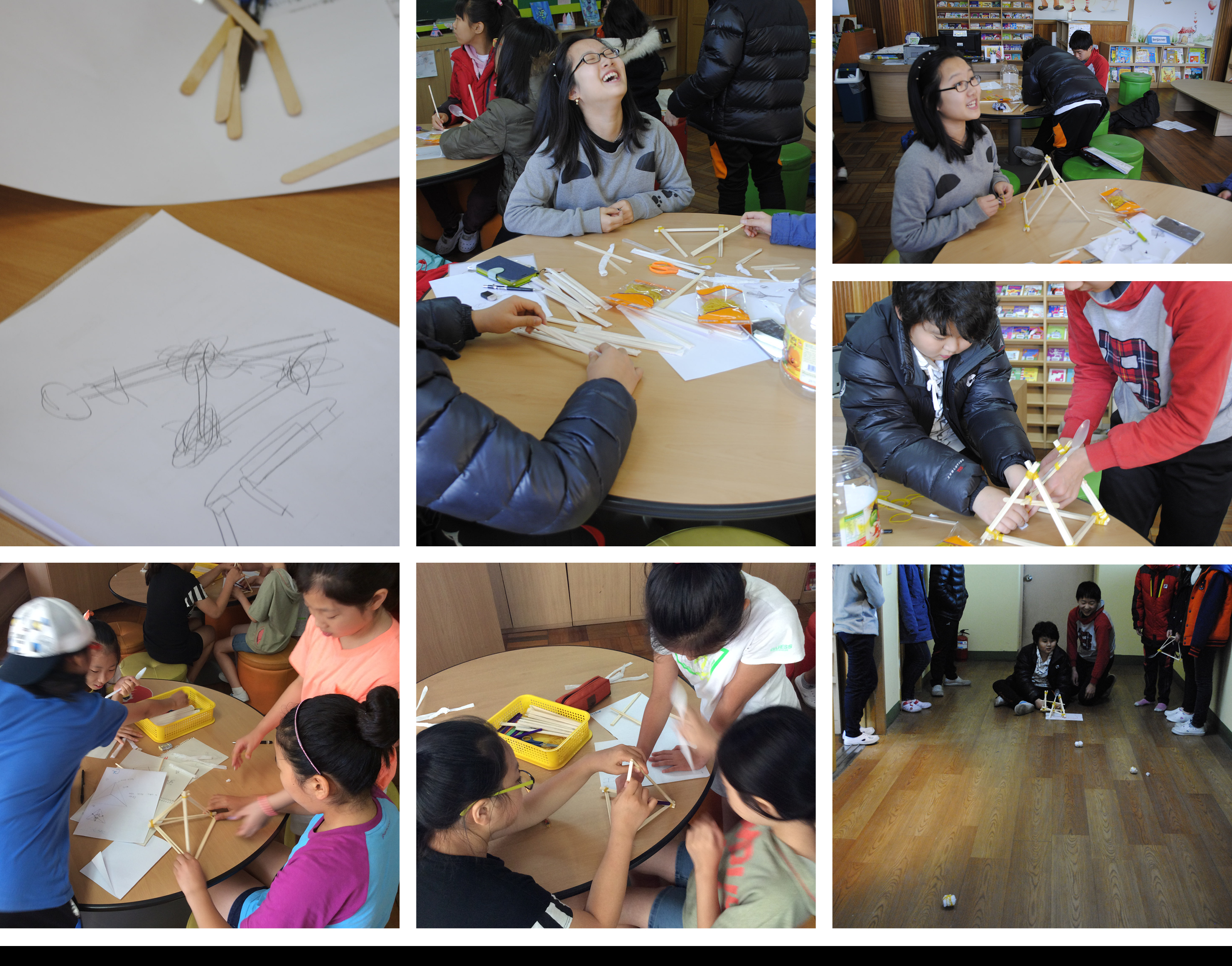 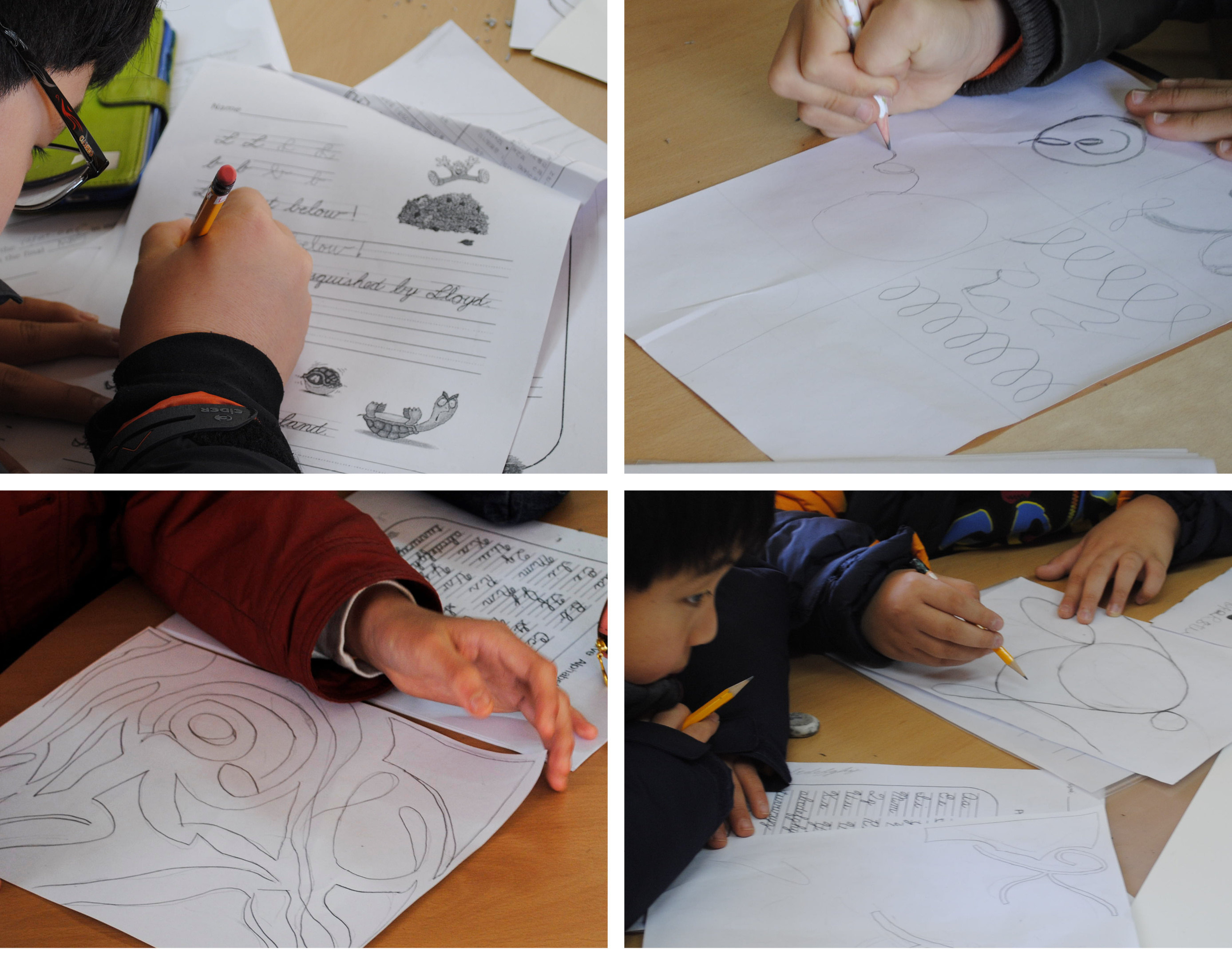 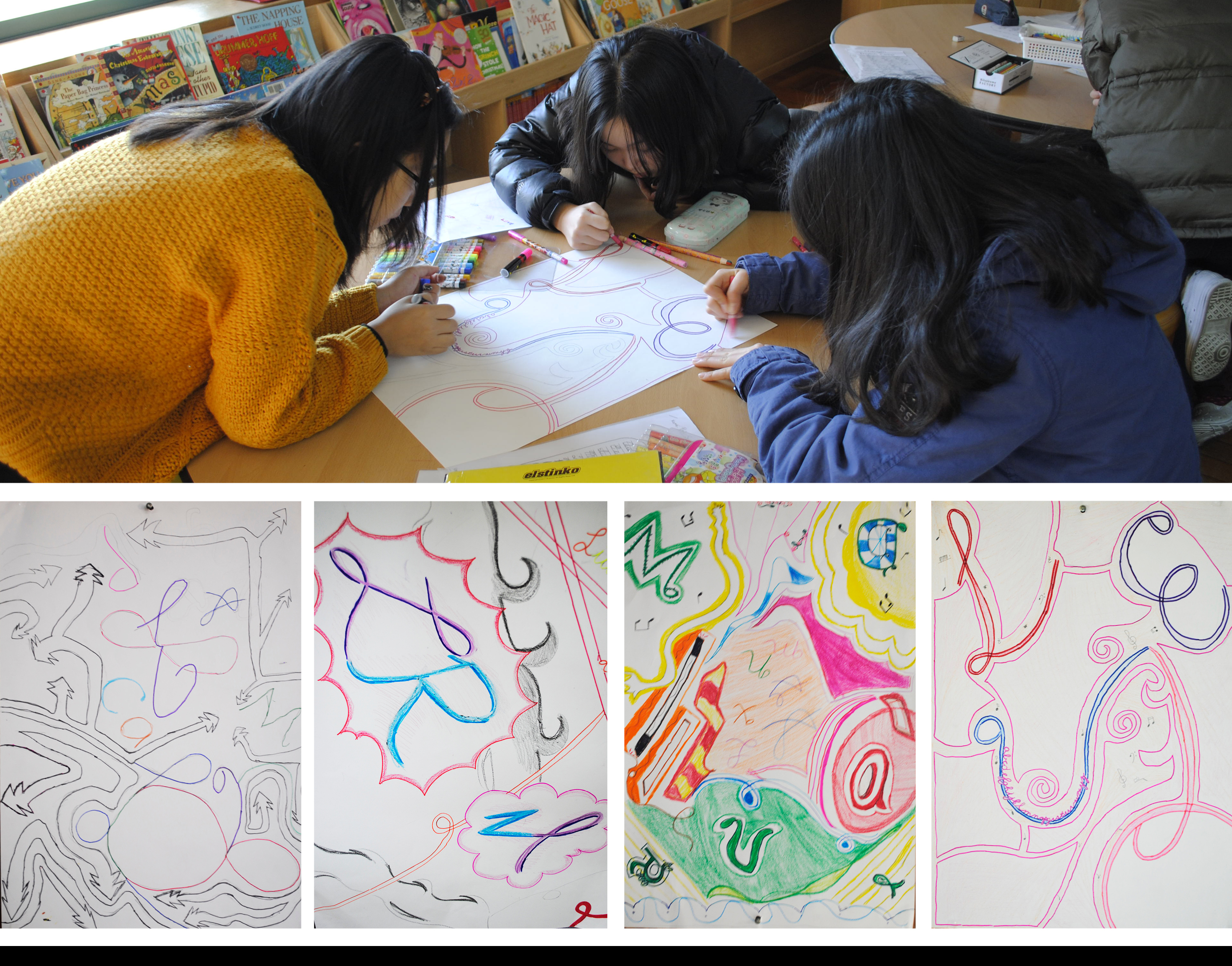 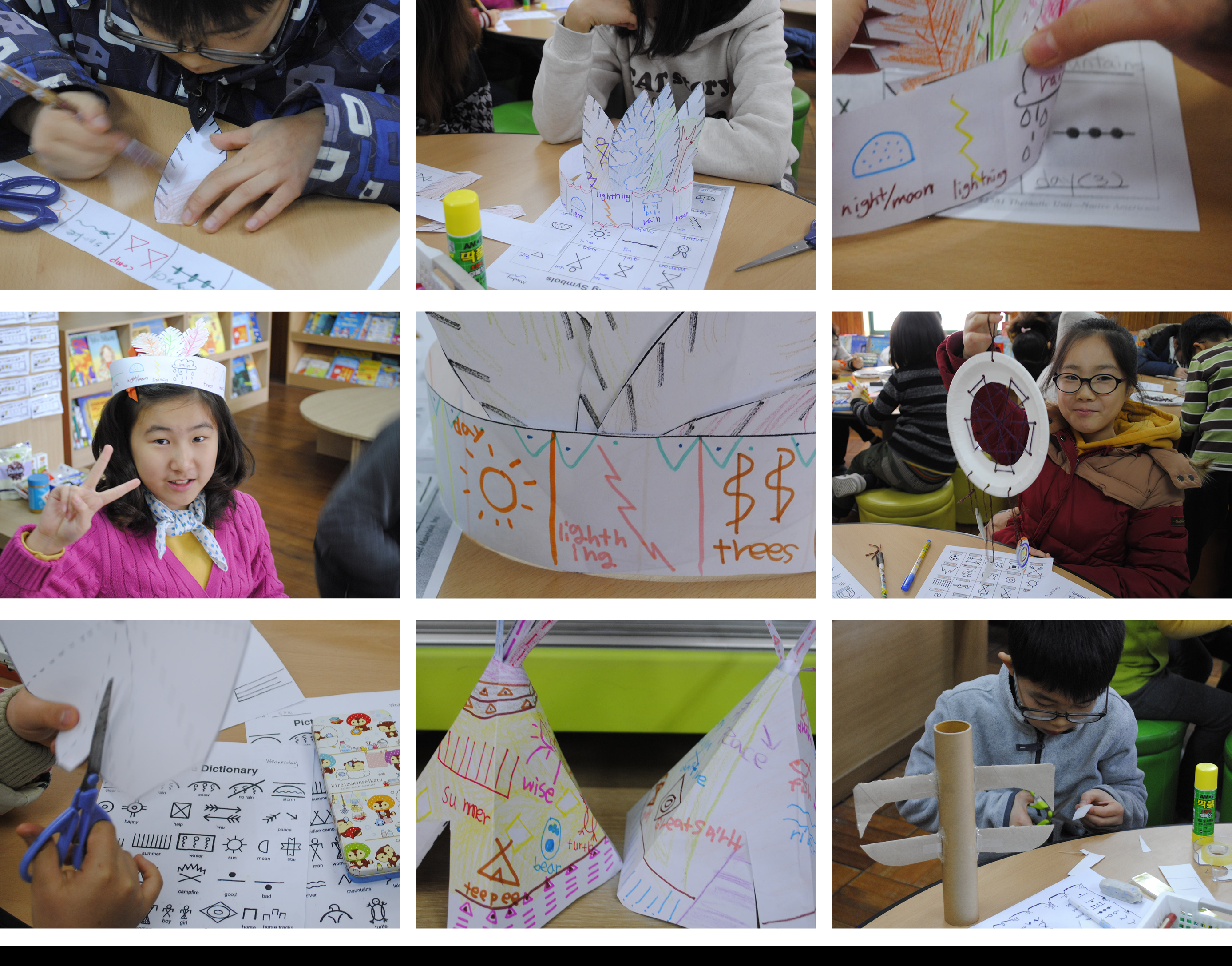 Singer used some of her personal interests to engage students in active learning. From Simon Says Yoga to typical American field day activities and crafts, students learned English while taking a break from the rigor of the Korean education system. 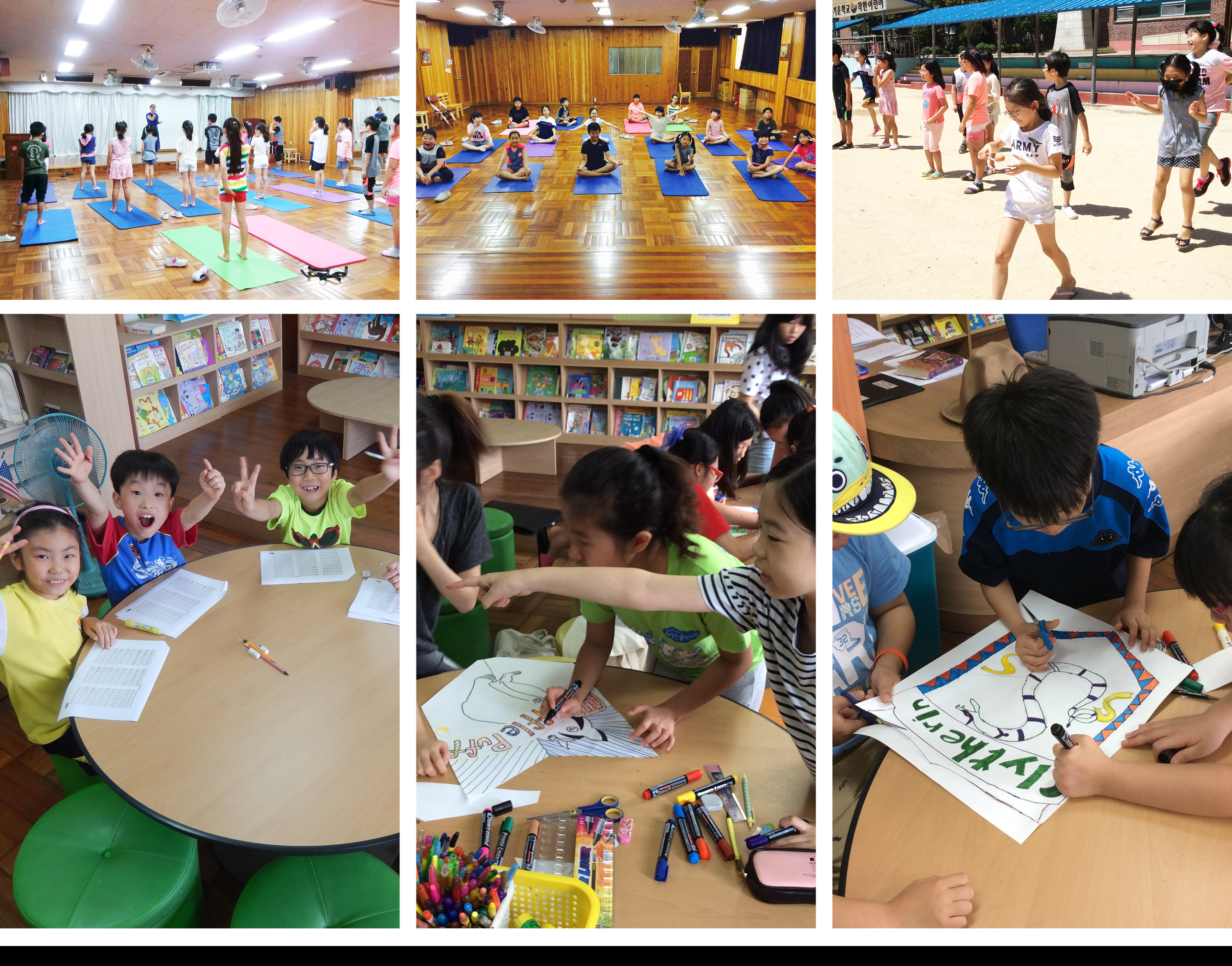 Young children love to role-play and use their imagination. This can be observed on the playground during recess or in the backseat of a car. How can this natural phenomenon of play be most effectively incorporated into the classroom for active learning?

The two videos below exhibit the students role-playing. In the first video, Let’s Go Out to Eat, students followed a prescribed script that Singer wrote. In the second video, students relied on the scripts they created on their own with her occasional assistance with grammar and vocabulary. In both cases, the students involved ranged from beginner to advanced in English-speaking skill level.

Findings: Singer found that the co-creative strategy of role-play development produced a more effective learning environment than the prescription method. In the co-creative exercise, higher-level students used more advanced English and challenged themselves and their classmates to learn how to use English to describe situations they dreamt up. Elements of humor and error arose from the co-creative method that created teaching opportunities. These findings support the child-centered Montessori Method of education.